Fish are largely big. The whale and basking shark surpass all other fish by a significant margin in weight and length.

They are a paraphyletic group representing marine vertebrates while excluding tetrapods. The lean fish that usually represent the group is more closely linked to cetaceans such as whales than to the cartilaginous fish such as sharks and rays.

As such, composite group comparisons on this page only suit an informal purpose. 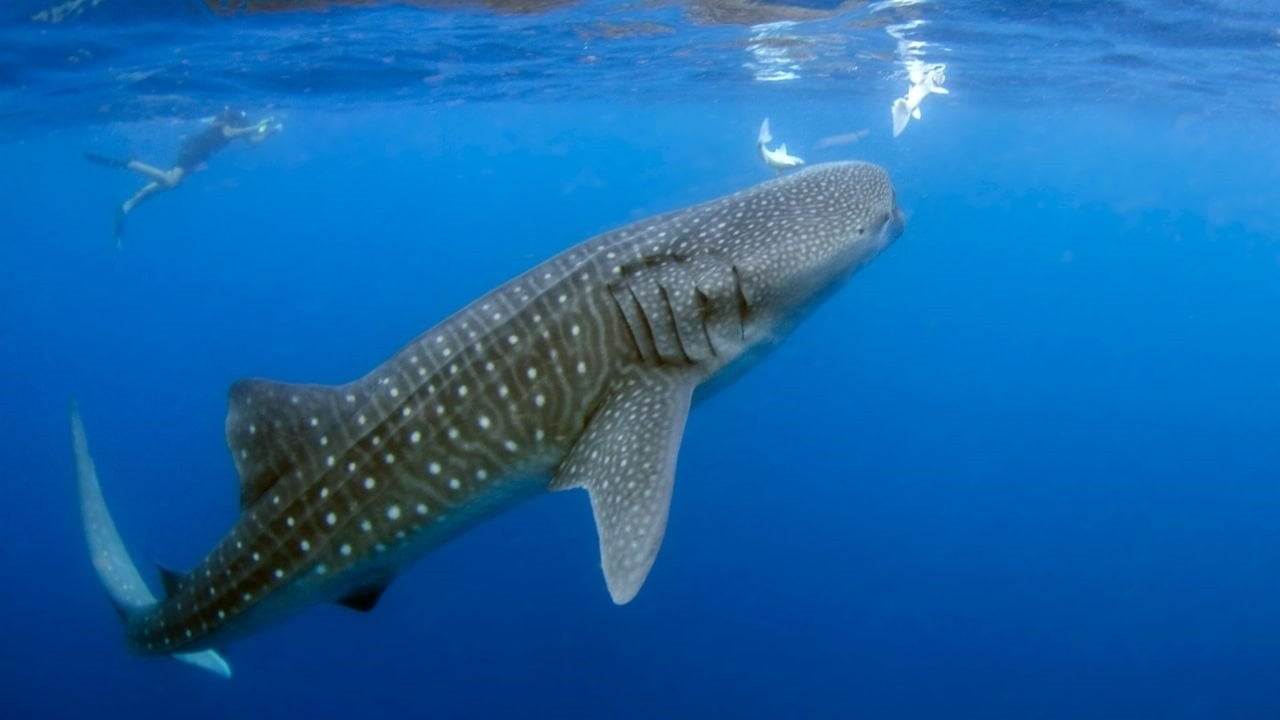 Sharks have a muscular, upside-down tails and pointed fins. It normally has hard, gray skin with toothlike scales. Sharks are mostly found in cream, yellow, brown, bronze, blue, or nearly black. They are  39 to 49 feet (12 to 15 meters) long but can grow as long as 59 feet (18 meters). They can weigh 20 tons. Their heads are large and flat. Their noses are blunt, and their mouths are about 5 feet (1.5 meters) wide. 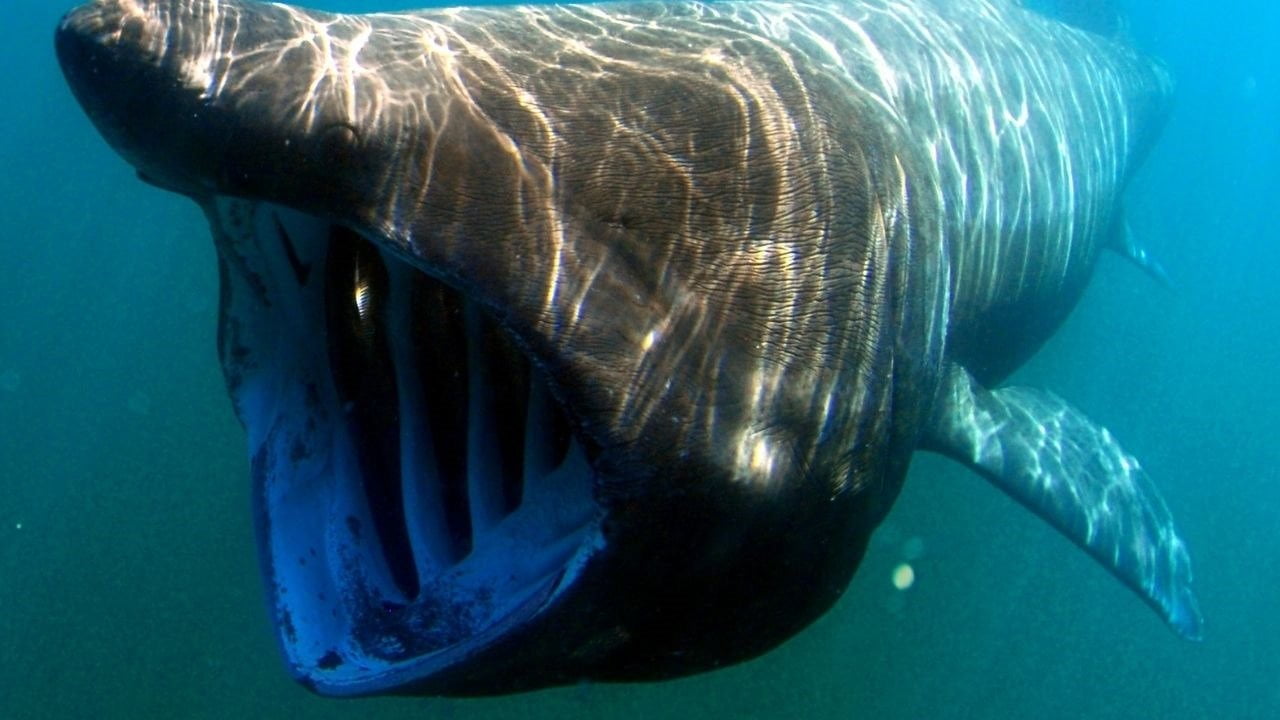 The basking shark has a large, light grey body, darker on the head and lighter at the bottom, with a large, black, triangular dorsal fin on its back. Its large jaw is white inside with black gill rakers that extend past the small eyes and have many small, hooked teeth. In addition, the basking shark has an extremely large liver that accounts for up to 25% of its body weight. 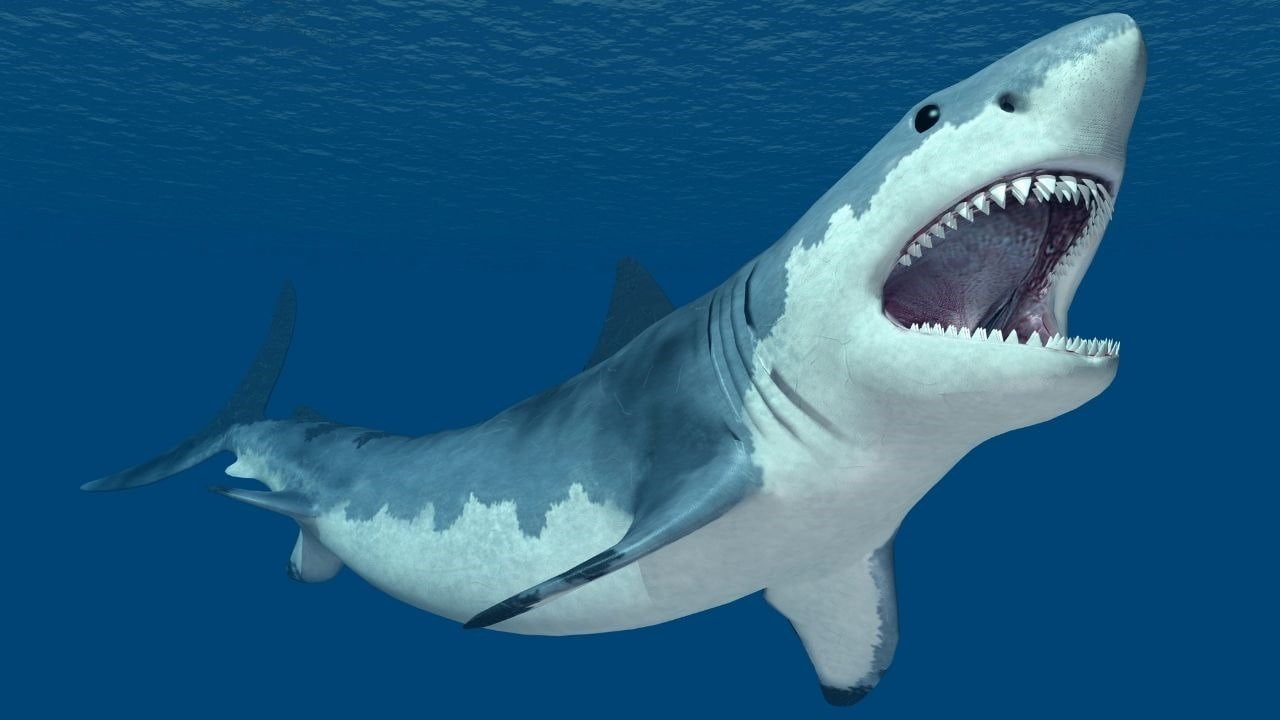 Great White sharks are big stout fish with a body shaped like a blunt torpedo. They have a sharply pointed conical nose, large pectoral and dorsal fins, and a strong crescent-shaped tail. Only the belly of white sharks is whitish. Instead, they have a contrasting dark blue, gray, or brown pattern on their back and sides. 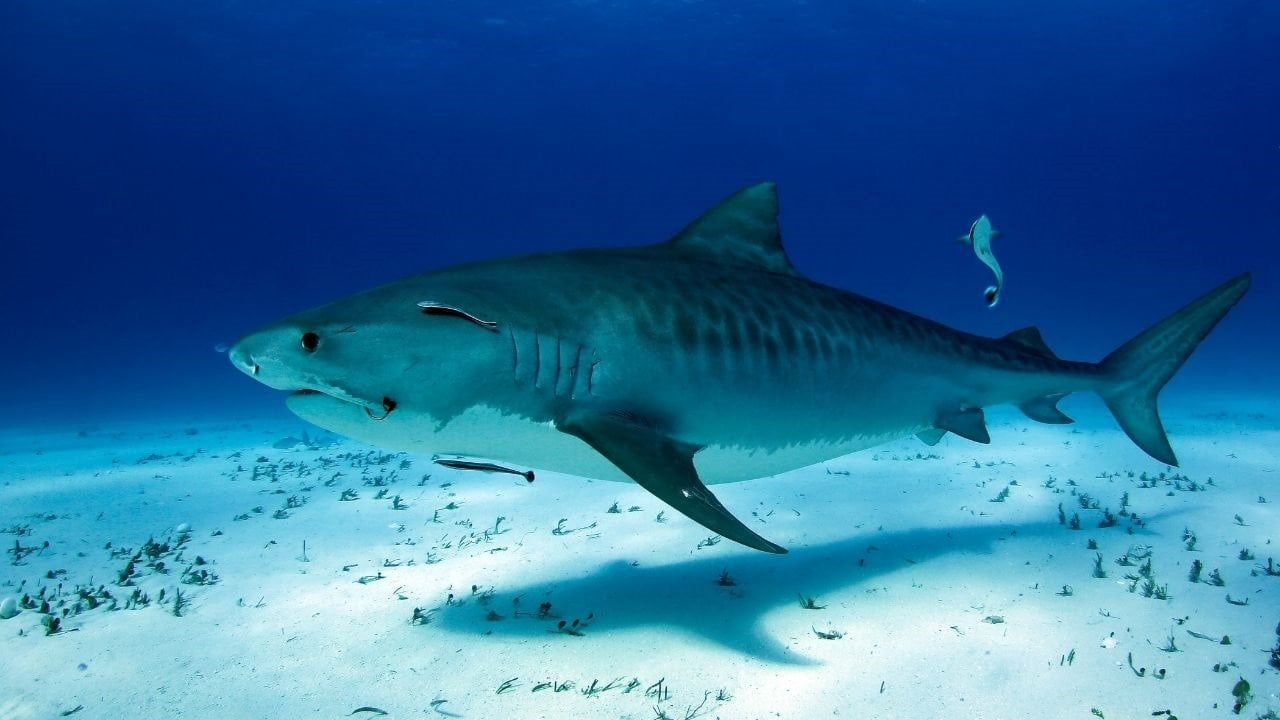 The tiger shark has multiple unique features making it easy to differentiate from other lament sharks. It has a wide, flat head with a snout shorter than the width of the jaws, long labial wrinkles, and a slim body.

The skin generally is dull gray and tough and has toothlike scales. Most sharks have a muscular, asymmetrical, upside-down tail, sharp fins; a pointed snout; and sharp triangular teeth.

They have no swim bladder and must always swim to keep from sinking. 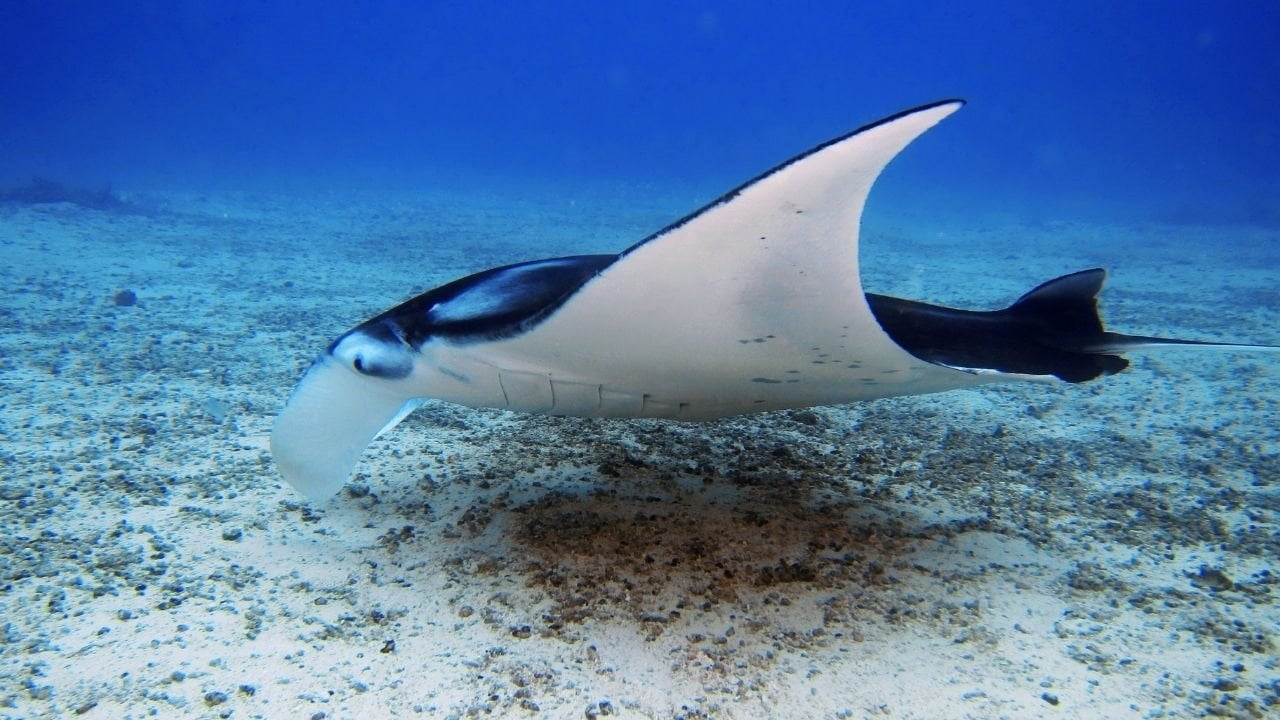 The giant manta ray is the world’s biggest ray, with a wingspan of up to 29 feet. They have broad heads, triangular pectoral fins, and horn-shaped cephalic fins on either side of their jaws.

In addition, they have horizontally flattened bodies with eyes on the sides of their heads behind the cephalic fins and gill slits on their ventral surfaces. 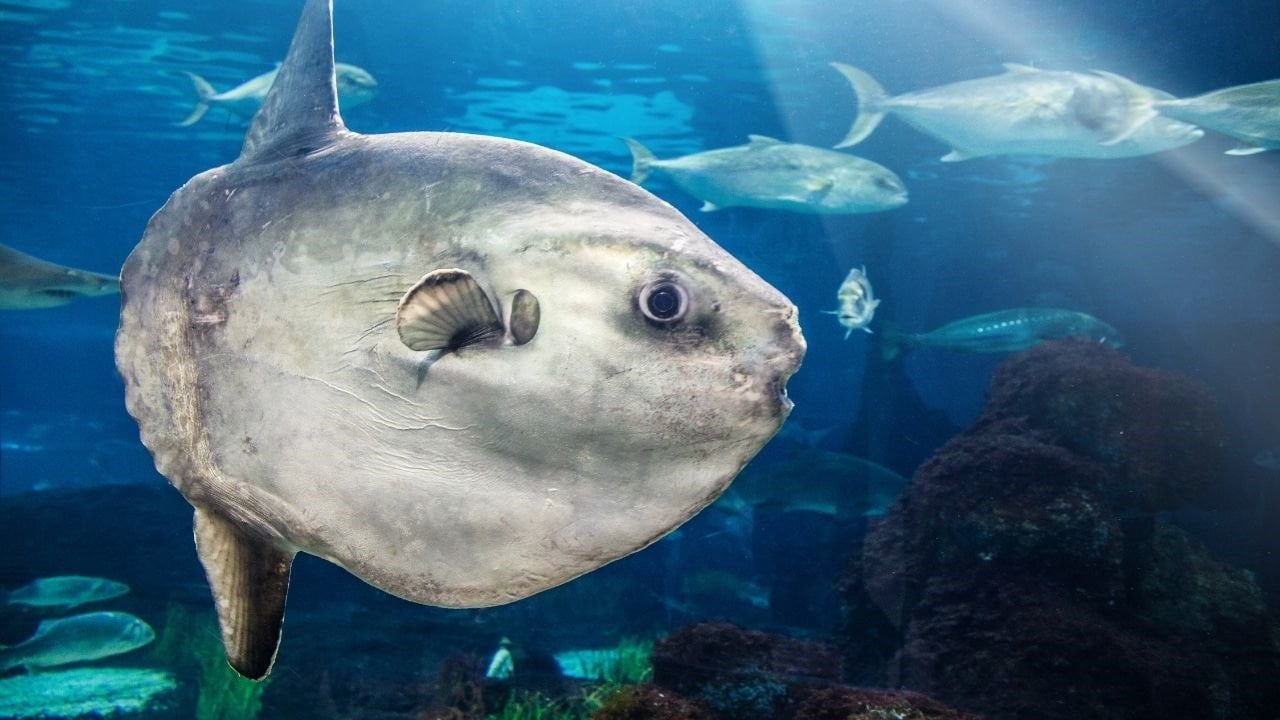 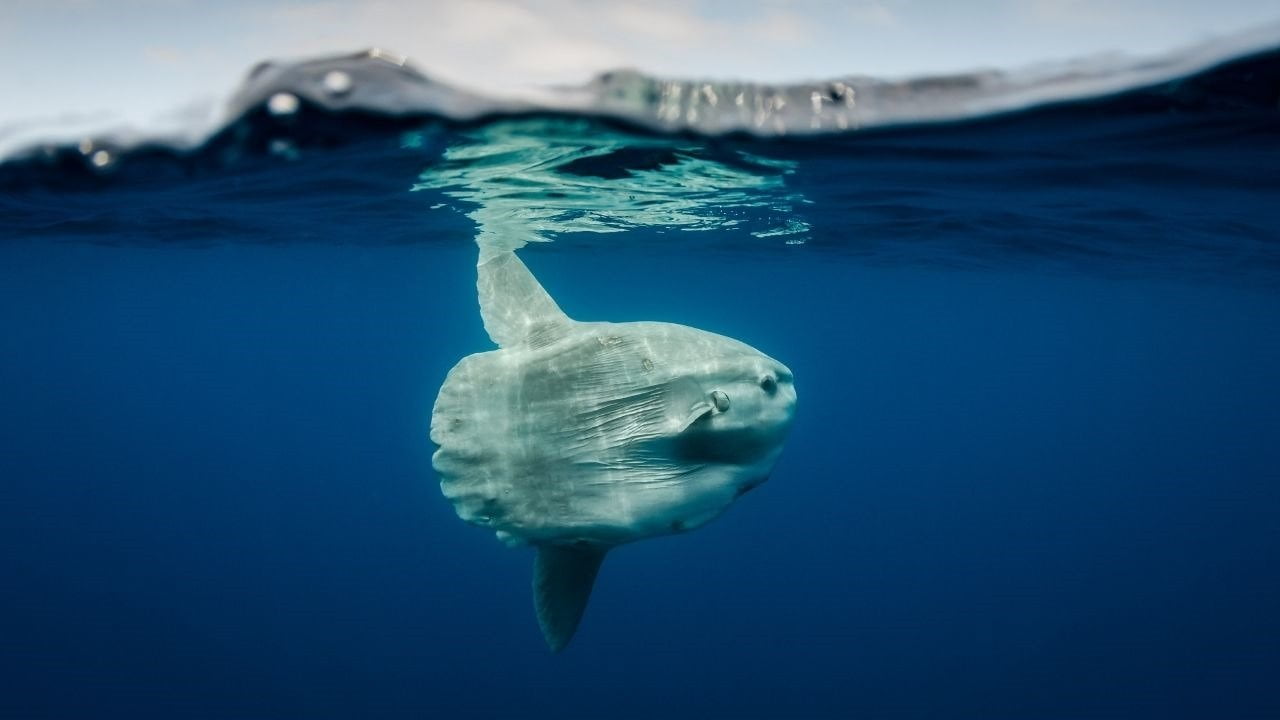 The southern sunfish, also known as Ramsay’s sunfish, southern ocean sunfish, short sunfish, or bump-head sunfish in many parts of the world, belongs to the family Molidae.

Its fairly short mouth combines its teeth into a parrot-like beak. However, it can reach up to 3.3 m in length and 2,300 kg in mass, making it one of the two weightiest lean fish, only matched by its congener, the ocean sunfish. 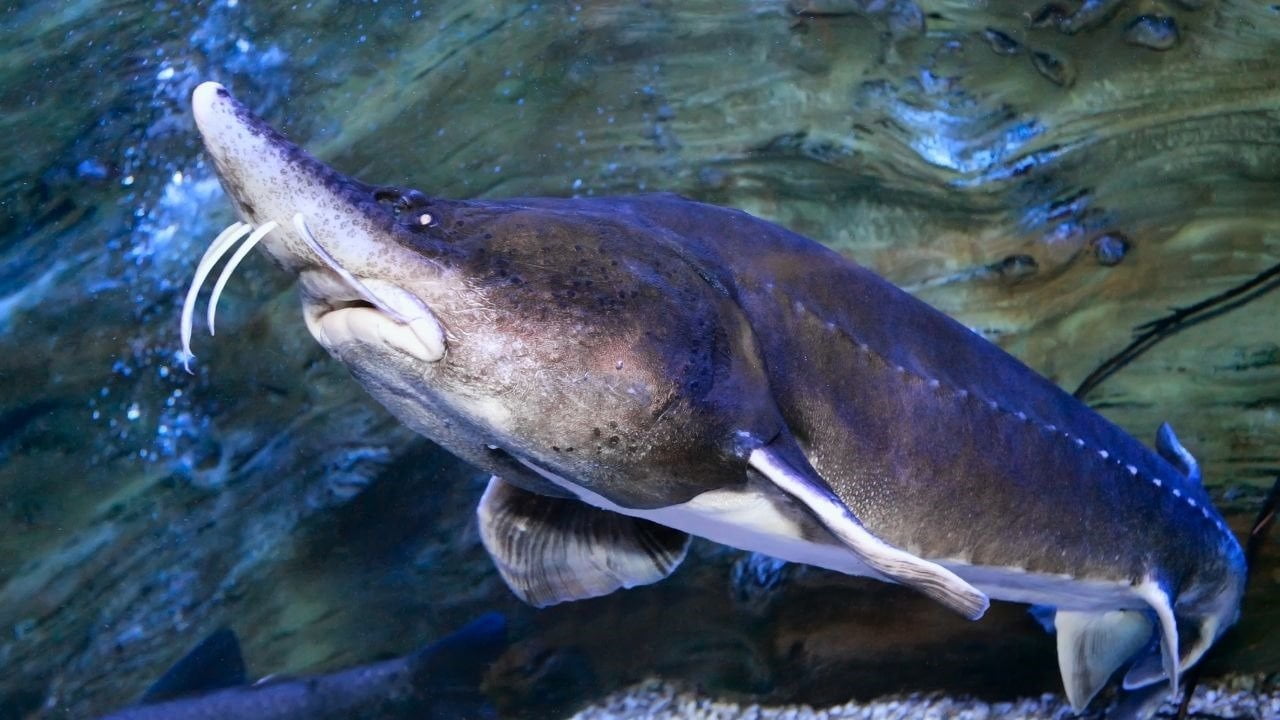 Like multiple other species of sturgeons, the beluga is a fish with a long and big body with a spherical “hump,” a series of thin outer plates along the side and top, and a large asymmetric tail’s nearly shark-like appearance.

Their dinosaur-like bodies match their prehistoric origins. It is covered with strong lean plates, asymmetrical, shark-like tails, and barbels off their big snouts that help to find their prey.

They are long-lived, late-maturing fishes with unique features, such as a heterocercal caudal fin equivalent to those of sharks, and an extended, spindle-like body that is smooth-skinned, scaleless, and armored with five sideways rows of thin plates called scutes. 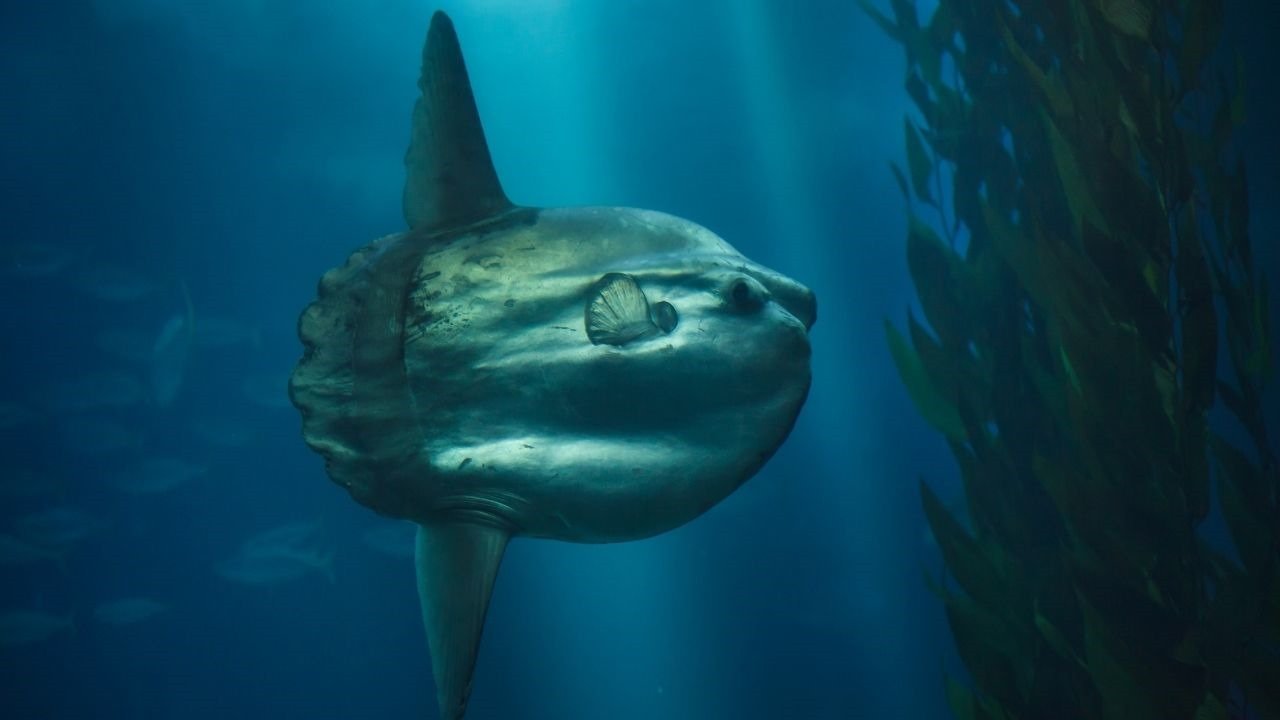 The eyes are placed nicely ahead of the head than in the genus Mola. The teeth in both jaws are linked to beak-like plates. Mola in Latin means “millstone” and represents the ocean sunfish’s relatively circular form.

They are found in silvery color and have a rough skin texture in every temperate and tropical ocean around the world. It has teeth in both jaws combined into beak-like plates.

The species reaches the Ocean Sunfish and the Southern Ocean Sunfish but can be categorized by the median projection from the clavus. 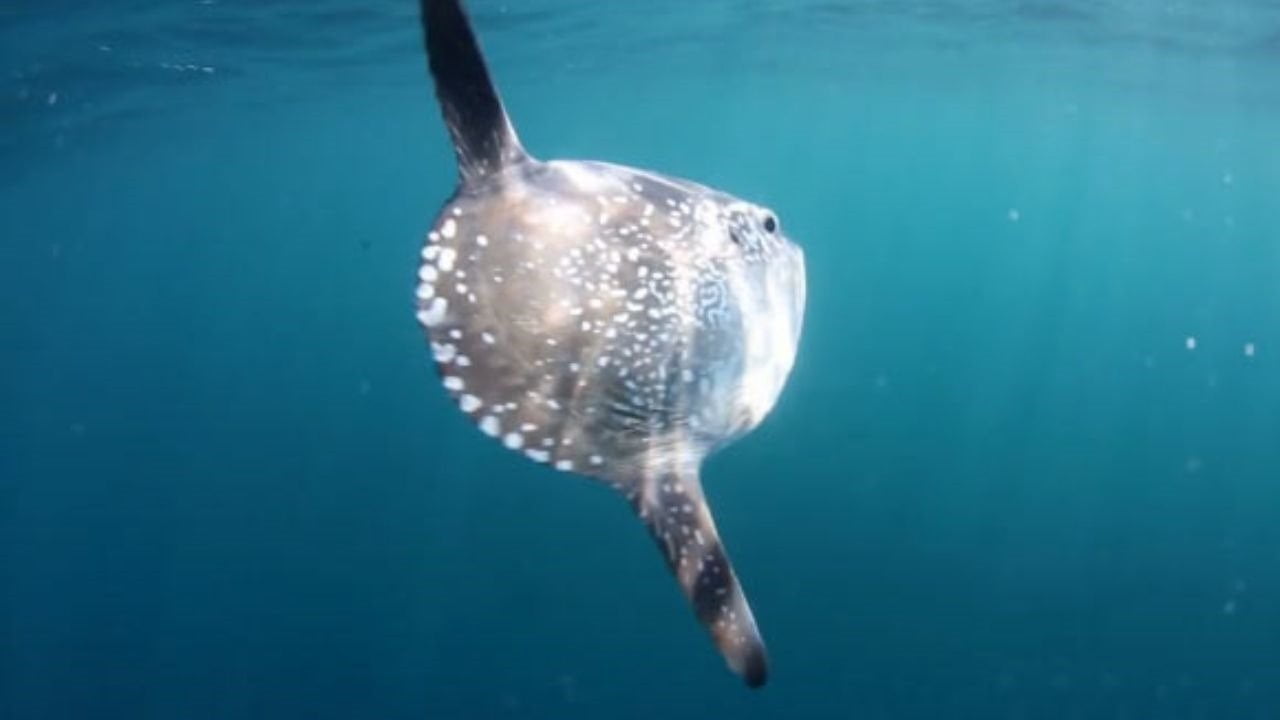 Mola tecta, also known as the hoodwinker sunfish, is a deep-sea fish with a huge body size. It is closely related to the famous sea sunfish (Mola mola).

Mole tecta are mostly found in the Southern Hemisphere tropical regions in waters close to Australia, New Zealand, southern Chile, and South Africa. The hoodwinker sunfish is a relative of the sea sunfish, Mola, in the same genus.

Like other mola species, the molar texture resembles the oval-shaped plane. The hoodwinker sunfish has a sleek body shape, no fade, and a maximum length of 242 cm (about 7.9 ft). It has no spine on the wings or a real graduated fin called the tail fin.

Compared with other Mola species, the mola texture is slimmer, has an adult body shape, and lacks splinter and golf with tail fins.

It is bigger than other sunfish species, weighing up to three meters in length and weighing two tons (2.5 tons; 2.2 short tons).